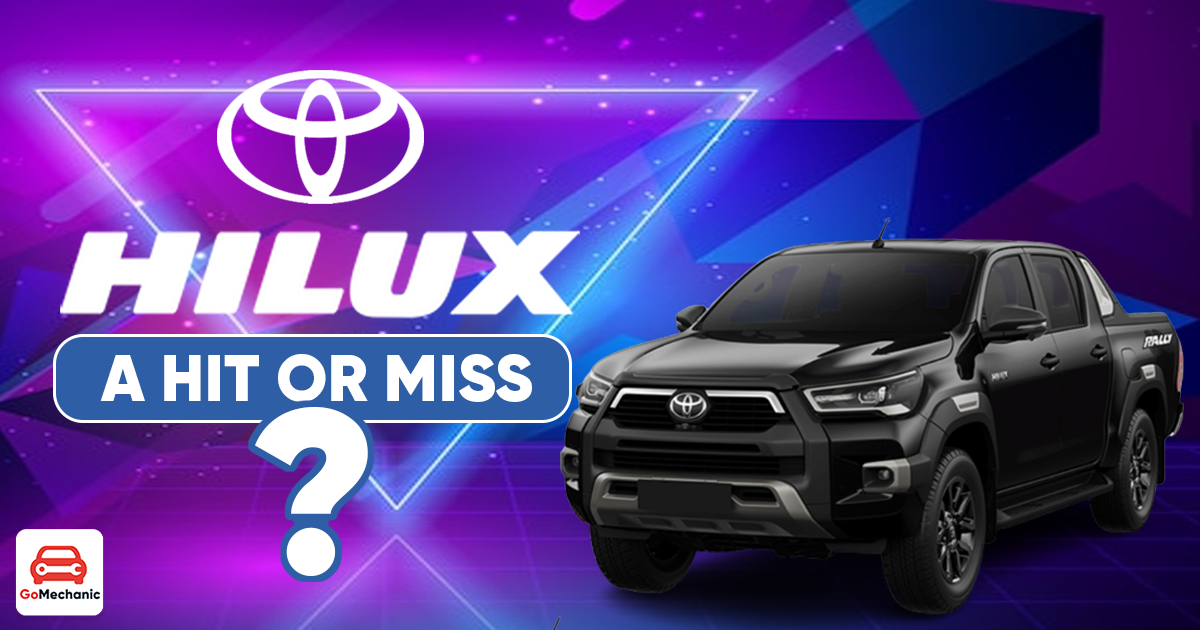 Toyota Hilux- A Hit or Miss?

Toyota launched its pickup truck Hilux into the Indian market this year, but we have barely seen it on the roads. It was the second pickup truck to be launched in India, expanding the segment while giving competition to Isuzu. Although they received a decent amount of bookings, was the Hilux a hit or a miss?

The major problem with the Hilux is the pricing; Toyota set it from ₹33.99-36.80 lakhs ex-showroom, which is extremely expensive. According to the buyer’s perspective, that is way above the suited price range.

Isuzu offers their truck D-Max from ₹13-27 lakhs ex-showroom. Their top spec V-cross variant is more affordable than the base variant of the Hilux. Toyota wanted to give Isuzu some competition in the segment, but they might have increased their buyers due to their unrealistic price.

Other customer reviews which have surfaced tell us about a design flaw. As Hilux is a pickup truck, it is massive with excellent road presence, but the placement of the grab handle, OEM window air deflector & right A-pillar generates a blind spot which is a problem while driving.

In addition to that, there are some complaints about the interior as well. While some people did not find it up to the mark for the heft price, others felt that the infotainment system did not have clarity. However, it was well responsive but missed out on somewhere with the premium quality.

Being a Toyota, Hilux packs absolute reliability and caters to its offroad potential. All buyers have fondly spoken about the offroad performance, which is up to the mark. The low-end torque with the massive boot and comfort has been appreciated.

It is assembled in Karnataka with 30% localisation, and Toyota meant to grow the niche lifestyle pickup truck segment in India. While this product is still new in the market, we cannot consider it an instant hit due to the pricing, but it might perform well in the market with time. What do you think about the Hilux?

Hyundai Tucson | Which Variant To Buy?