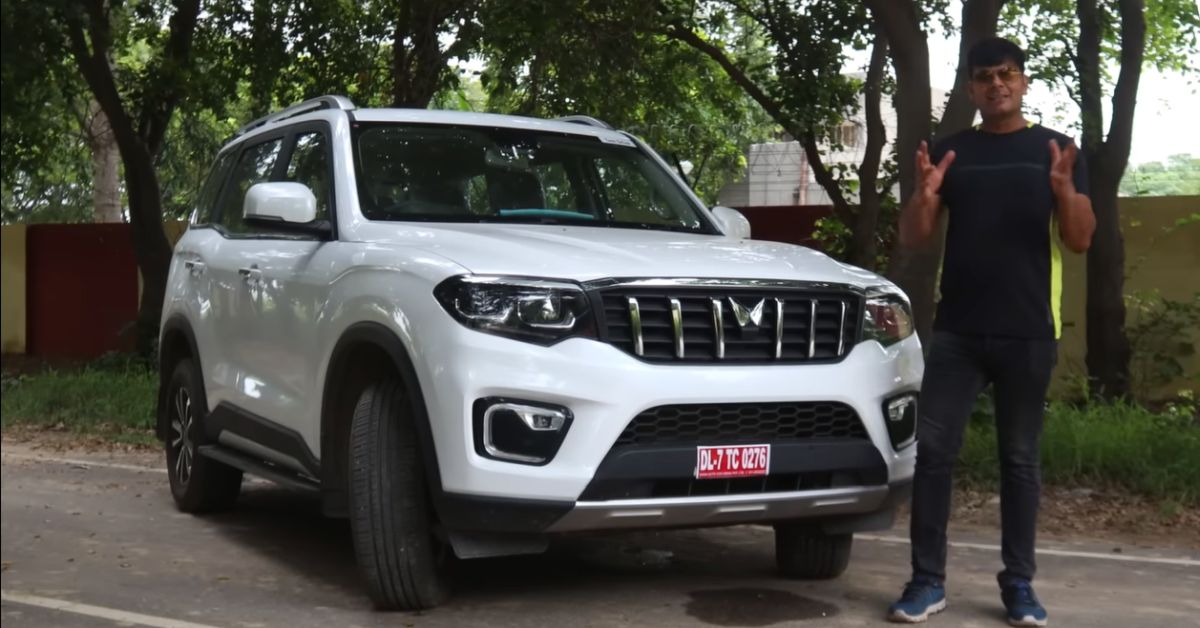 One of the most anticipated model from Mahindra this year was Scorpio N and just like Thar and XUV700, Scorpio N also became an instant hit in market. The SUV received an overwhelming response from customers. Mahindra received over 1 lakh booking s for Scorpio N in the first 30 minutes. Unlike Scorpio Classic, Mahindra is offering Scorpio N with both petrol and diesel engine options. The diesel version also comes with 4×4 option. Here we have a video where a Scorpio N diesel MT 4×4 variant is driven in real world conditions to see how fuel efficient this new SUV actually is.

The video has been uploaded by Power On Wheel on their YouTube channel. In this video, the YouTuber takes the Scorpio N 4×4 diesel manual SUV to a petrol pump and fills fuel and drives it mixed conditions to find out the real world fuel economy. Vlogger mentions that he is following a tankful to tankful method for this experiment. He drives the car to the nearest petrol pump and fills around 40 litres of diesel in the SUV.

Also read: Mahindra Thar and Scorpio in a classic tug of war video

Once he had filled fuel, he starts driving the SUV. He mentions that he will be driving the SUV through various conditions. He drove the SUV with 7-people in it for some time and then he drove the SUV in city where he faced bumper to bumper traffic and also on highway where he maintained a speed between 80-100 kmph. As the YouTuber is driving the diesel manual version, he compares it with automatic and petrol variant in the video. He mentions that the clutch travel in the diesel manual version is too much and many might find it annoying.

The engine is very refined but, it is not as refined as the petrol version. Once he joins the highways, he sets the speed between 80-100 kmph and engages cruise control. The Scorpio N cruises on the highway for some distance before turning around and driving back to the same petrol pump where he started his journey from. On his way back to the petrol pump, he once again came across slow moving city traffic before reaching the pump. The display was showing him a fuel economy of around 11.6 kmpl. When he started the experiment, the odometer readings were 776 km and by the time he came back to the petrol pump, it was 867. This means, he drove the SUV for around 91 km in mixed conditions.

After reaching the petrol pump, he refuelled the car to the brim and the SUV took in 7.20 litres of fuel. This means, Mahindra Scorpio N diesel manual with 4×4 consumed 7.20 litres of fuel to travel 91 km. The fuel economy of Scorpio N according to this video is 12.63 kmpl. If it was the 2WD version, we feel the SUV would have been slightly more fuel efficient as it would be less heavier. If the vlogger had only driven the SUV on highways, then there are chances that the SUV might return even more. 12.63 kmpl for a 4×4 SUV does not sound too bad. What do you think?